Ben Mitchell is a cartoonist and freelance illustrator from beautiful Newcastle by the sea in New South Wales, Australia. Though occasionally working on smaller titles for comics anthologies around the world, he has produced several long-form titles in the Storm Clouds series over the past five years. His work spotlights and celebrates the feelings associated coastal Australian bohemia, and Good Comics help share this feeling with the world. Though he has only visited the UK once and met Paddy, Sam and Rozi one and a half times, he believes Good Comics to be his family and sees Great Britain as a second home. Ben lives in a 2 bedroom apartment in Newcastle West with a real estate agent named Jeremy, and the unspeakable burden of one day moving all of his books into a new home. 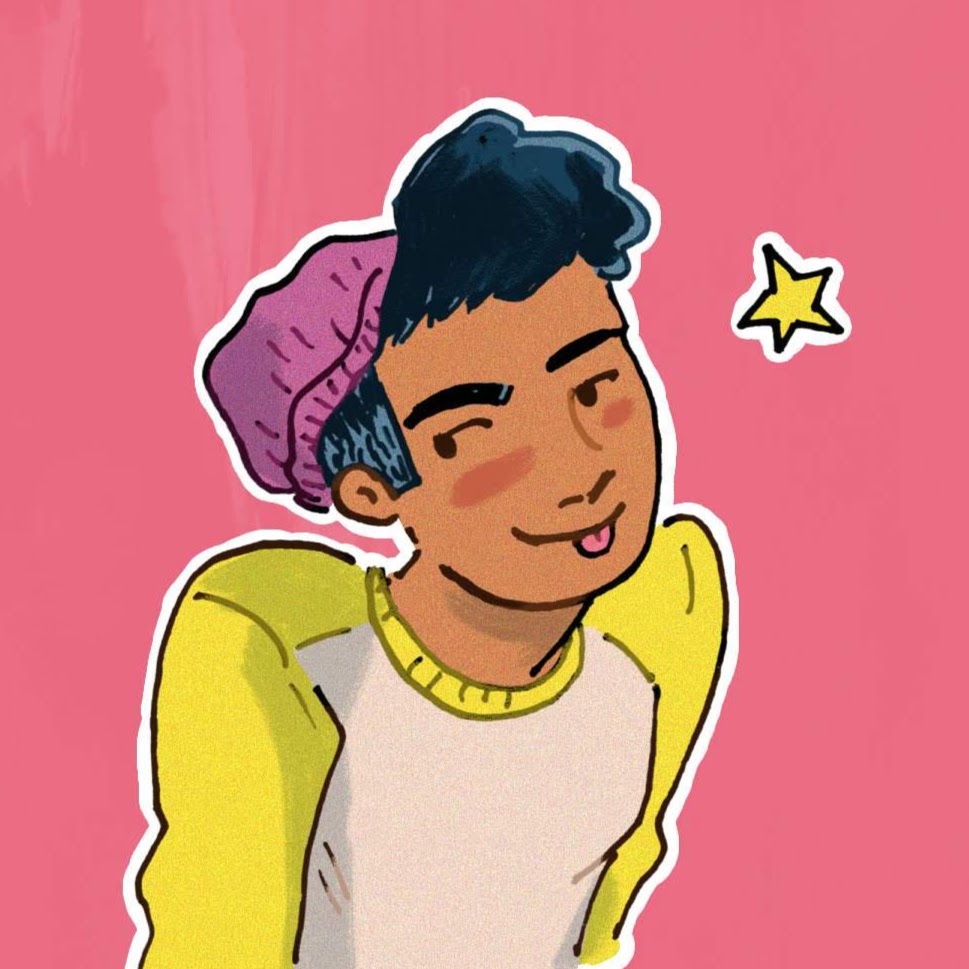 Olivia Hicks is a creator, editor, and semi-scholar of comics. Her comics are queer, funny, and expressive as heck. As befits a student of comics history, she is a nasty freak for the materiality and aesthetics of old comics, and loves to explore analog textures in a digital environment. She sometimes collaborates with Emma Oosterhous on gay comics like Grand Slam Romance, available right here on the Good Comics website! When left to her own devices, she works on Sarararara, a webcomic about queerness, race, and classic Americana, the collected editions of which can also be found right here! Whizzo!!

Ramsey Hassan / RAMZEE is a writer, cartoonist, playwright and film geek based in London. He's been making comics since 2015 and was nominated for a British Comics Award in 2016.